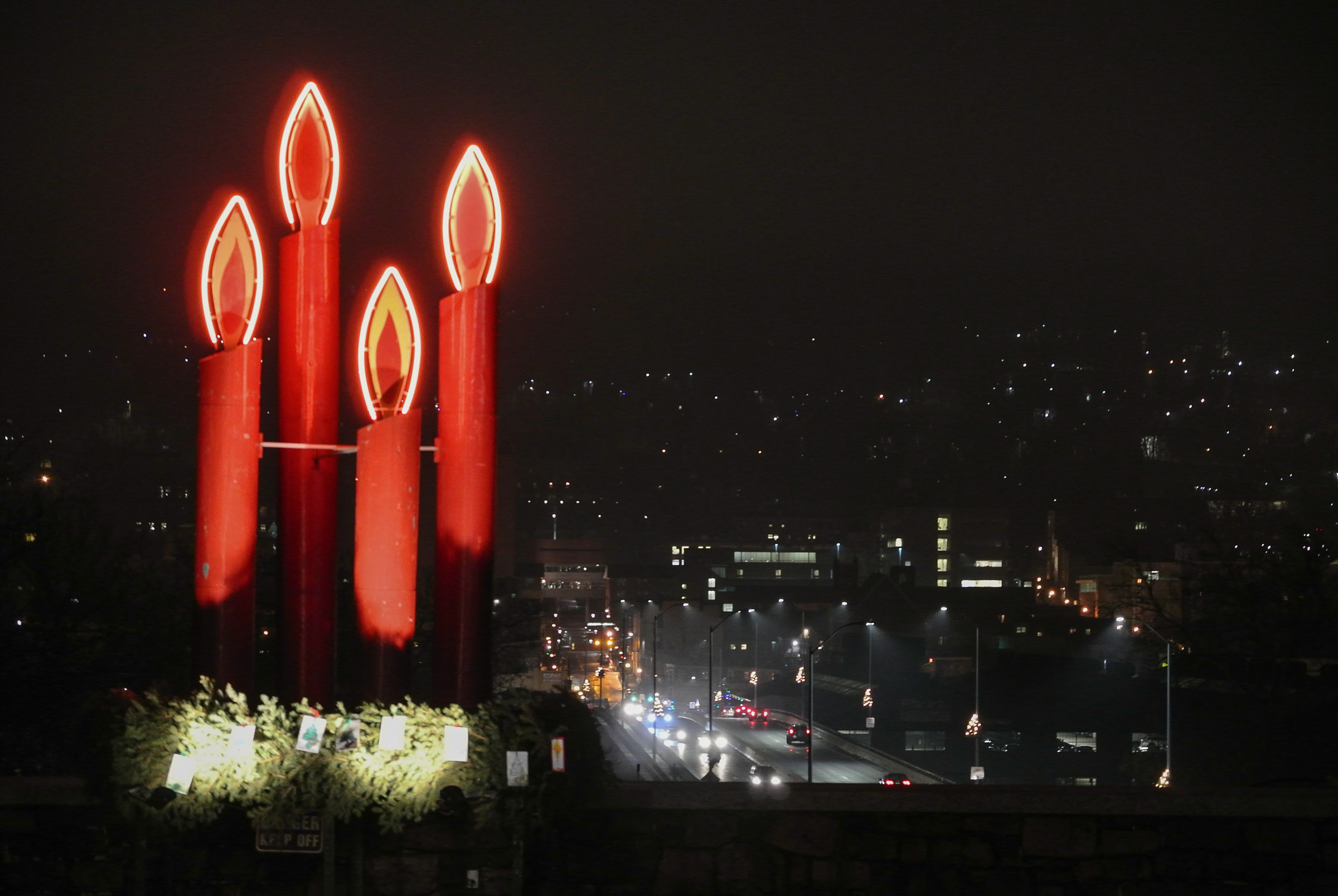 NOTE: You may choose any of these options regardless of which Advent wreath option you chose, and then use the lighting option you select for each of the Sundays of Advent. Sundays in Advent include Hope • Peace • Joy • Love • Christ Candle

Videos for use with Option 5

The Season of Advent

The church year does not coincide with the secular calendar year, but begins four Sundays before Christmas Day, with the first Sunday in Advent. Advent was accepted as the beginning of the Church year in the 8th century.

Advent is a Latin word meaning “coming,” and was chosen to designate the four weeks of preparation for the celebration of the birth of Christ. It is a time of soul-searching -- but also a time of thanksgiving for what God has done for us, and the joyful anticipation of that great day on which we celebrate Emanuel -- which means, “God with us.”

Specific colors have been assigned to the various seasons of the Church year. In the beginning, Advent was
a time of rejoicing -- a time of joyous anticipation and the color was white, and the service included the singing of the ancient hymn, “O Come, O Come Emanuel.” By the end of the Middle Ages, Advent had become more somber and the color became purple -- as in Lent. Moravians, however, have retained the earlier, more joyous emphasis for the season of Advent, although most churches use purple as the color for the season.

Purple, in addition to being the color of penitence (reminding us that we are to examine our lives as we prepare to celebrate the coming of Christ), is also the color of royalty in honor of the coming King. In some churches, blue is used as the color for Advent and the reason it came into being was to distinguish the Advent season from Lent. Blue reminds us of the sky in which Christ will one day reappear -- royal blue for the King; dark blue for the night sky with stars. It is the color of hope.

The Meaning of the Advent Wreath

Four candles encircle a central, Christ candle. The candles signify God’s son as the light of the world. The four candles represent the four Sundays of waiting and are lighted throughout the Advent season. (The color of the candles may vary. Some Moravian Churches use beeswax candles, some use all purple, and some use three purple and one pink. The pink or rose candle is also called the “joy” candle -- lighted on the third Sunday of Advent -- and it comes out of the history of Advent when the season included “fasting” and the fast was broken on the third Sunday in anticipation of the great event to come.) The flame of each new candle reminds us that something is happening, and something more is still to come. The Christ Candle is not lighted until Christmas Eve.

The Advent wreath is made of materials that symbolize Christ. In addition to the evergreen branches, there are sprigs of holly which symbolize the crucified Christ. Legend tells us holly was used to fashion the crown of thorns for the head of the crucified Christ, and that the holly berries were yellow until stained red by Hid blood. Often, ivy - a clinging vine - is placed in the wreath. Like the holly, it too bears its fruit in the winter and is used to remind us of human weakness and the need to “cling” to divine strength.

The Advent Wreath sets the mood of waiting in the dark for the day when Christ was born -- and the light came into the world.